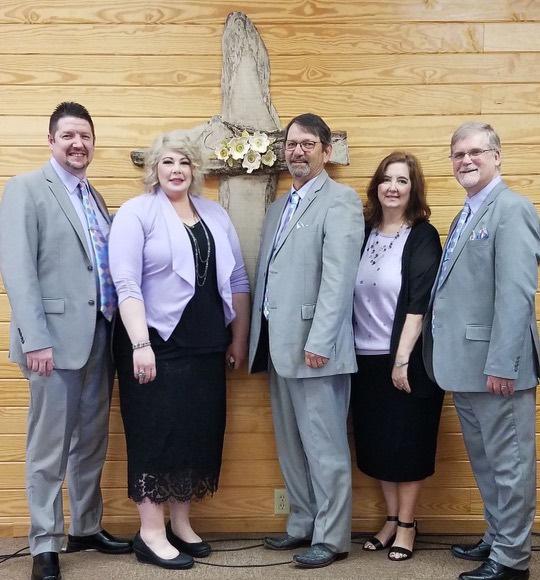 We are looking forward to a great year.   We are also working on some new music for our concerts this year that we hope you will enjoy.

We are booking concerts for the rest of  2022 and into 2023. Be sure to stop by our Schedule Page to see when we will be in your area.

If you would like Servants Heart to come to your church service or any other type of event, please give Jeff a call at (901)848-0808. We would love the opportunity to come share our ministry with you. 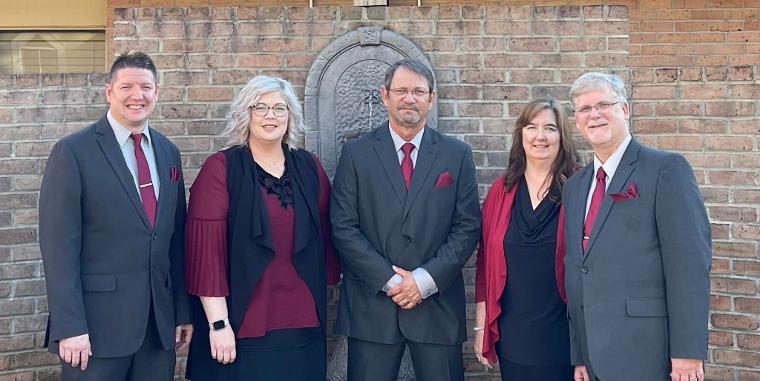 We had the pleasure of returning to Dwayne & Kay's former church in Louisiana for Lee's Creek Baptist Church 150th Homecoming this past fall.  What a great time we had.  Their focus was reflecting on the past and looking towards the future.  Servants Heart represented the past and a new group called the Crowe Boys out of New Orleans represented the future.  The "Boys" had some great music, they were alot of fun.  It was also great to be with old friends again.

If you are interested in getting our latest CD "Forgiven and Set Free", please visit our Storefront to order .  There are some great messages in the songs that we have chosen, and the underlying theme comes from Isaiah 44:22, " I have swept away your sins like a cloud, I have scattered your offenses like the morning mist.  Oh, return to me, for I have paid the price to set you free."  Wow!!  We are all so grateful for His amazing grace.

Several of our group CDs are in the Storefront along with solo CD's by Jeff, Kenneth & Ashley and a duet CD by Kay & Dwayne.

Servants Heart Quartet was formed in July of 1998 and prayerfully named in order to remind us as artists, as well as all who hear our music, to keep our hearts and minds focused on our Lord, Jesus Christ.

This established group is based upon the truths of God's Word, which is evident not only in the songs they sing, but also in the lives that they live.

We have had the opportunity to share the stage with some of the finest groups in Gospel Music over the past few years, like Mark Trammell Quartet, The Whisnant's, Brian Free and Assurance, Tribute Quartet, Crossway, Michael English, and more.

Throughout our lives, we have heard that many have been called to preach and some have been called to sing, but it became clear to this group that the Lord had placed only one calling in all of us as Christians, and that is to be His humble servants. If we will only make ourselves available to Him, then He will place us where He will have us to be used in His ministry.

This is without a doubt what our ministry is all about. We are not a group formed by chance, we are individuals, who by making ourselves available to the Lord, were placed together to do the work of the Lord.